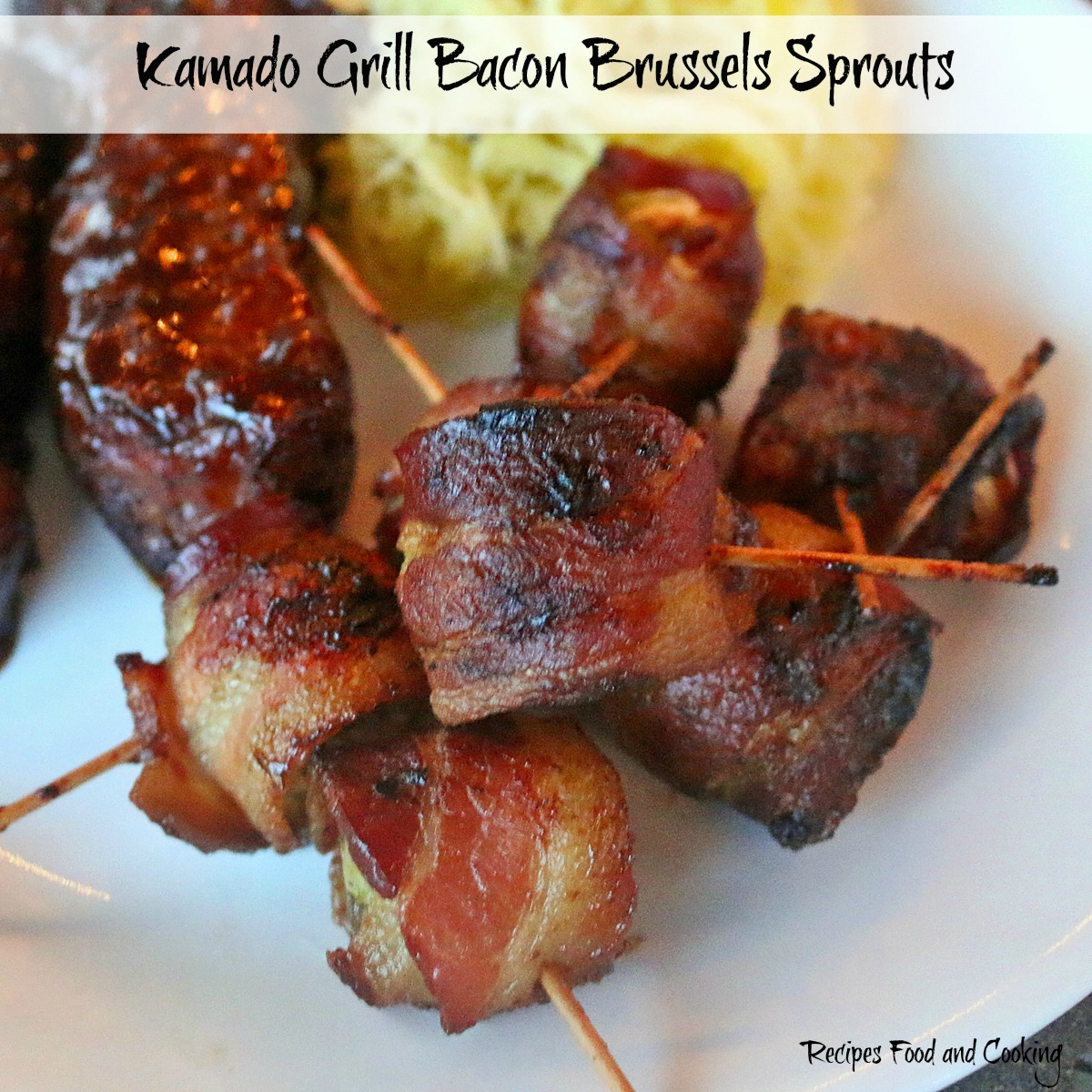 These were AMAZING! I never used to like brussels sprouts but a year ago started trying new ways to fix them because I have a friend that loves them. This is my favorite way I have tried so far and so easy to make too. I cooked these with some Pork Country Style Ribs during their last half of the cooking time over direct heat. If I hadn’t been serving them with the ribs which were smothered in BBQ sauce I might have put sauce on these during the last 5 minutes of the cooking time. It’s always good to have other options.

You are going to start by cleaning up the brussels sprouts of any excess leaves and cutting off the base of them. Then I put a small x across the base. I always do that when I cook them on the stove and am not sure it really makes a difference here but it can’t hurt. You can see in the pic above how I score the x in them. It doesn’t need to be deep as you can see. 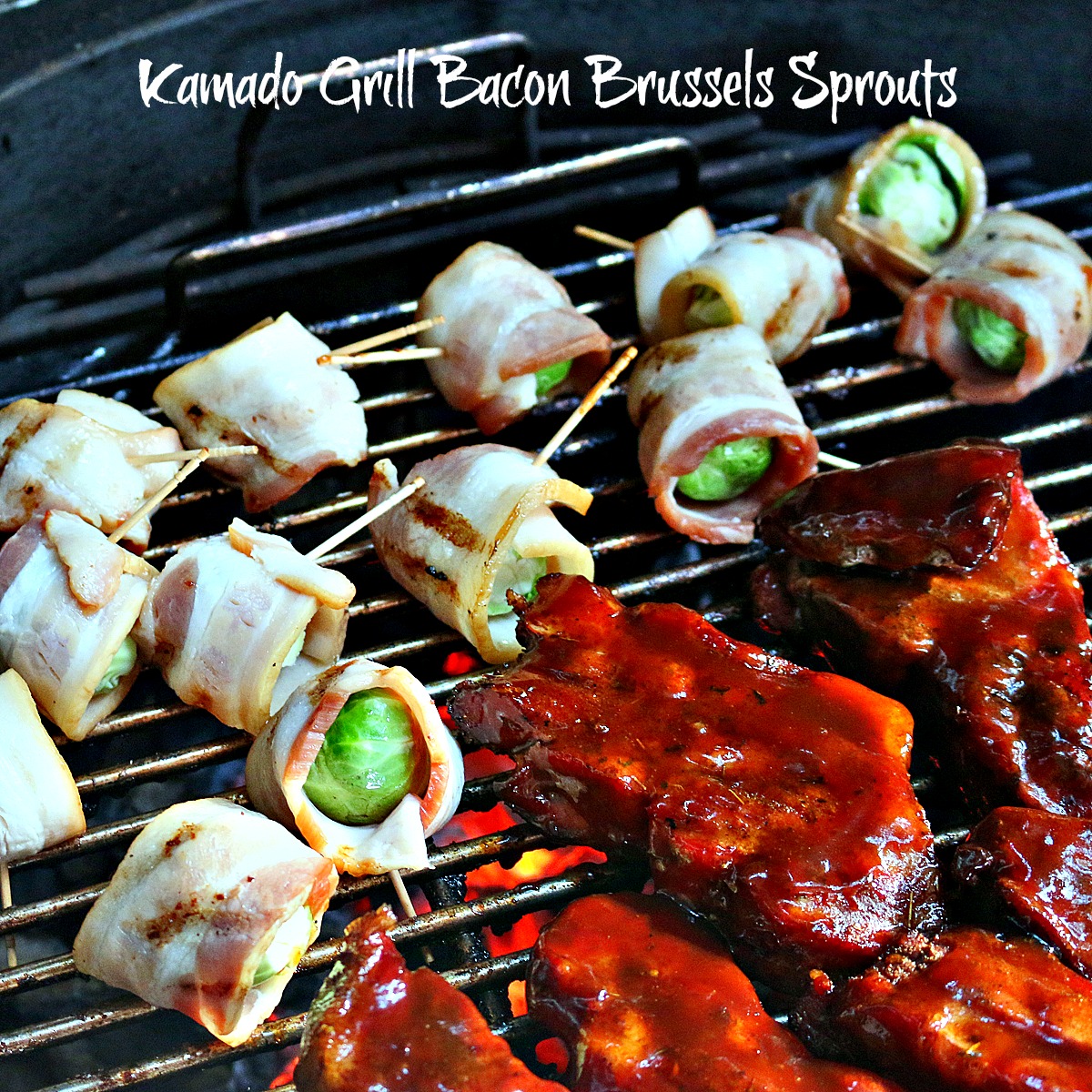 When I picked out brussels sprouts to make these, I tried to find enough that they were all about the same size. These were about medium sized from what I had to choose from. I also tried to pick the round ones. I know, a little OCD! I wanted them all to have the same cooking time was the reason behind my madness. You are going to wrap each brussels sprouts with a half piece of bacon and secure with a toothpick. It doesn’t need to go all the way thru. My bacon is a little on the thick side, you don’t want thin bacon for this. 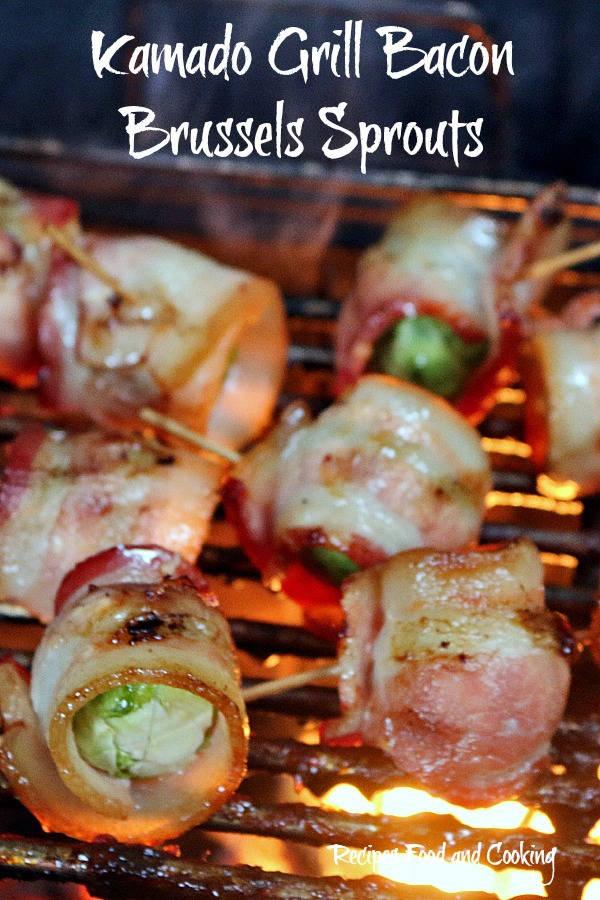 I cooked them over direct heat because my fire had been going for a couple of hours. I also put on a spaghetti squash wrapped in foil when I started cooking the ribs. I wasn’t sure if it would work or not and after checking it at about a hour decided the microwave was the way to go for the squash (I wasn’t surprised). When I make spaghetti squash again I will do it with something I am smoking with a long cook time. When I can I love cooking my entire meal at the same time so I don’t have to be in the kitchen. My grill was at about 225 degrees. This was the only flare up I had from the grease hitting the fire and I’m sure it was because I’d opened the grill to take this picture. They had been cooking about 45 minutes at this time. Total time was about 1 hour and 30 minutes.

Save Print
Kamado Grill Bacon Brussels Sprouts
Author: Mary Ellen @ Recipes Food and Cooking
Recipe type: Kamado, Grilling, Vegetable
Prep time:  10 mins
Cook time:  1 hour 30 mins
Total time:  1 hour 40 mins
Serves: Serves 4
Brussels Sprouts wrapped in bacon and cooked on a Kamado grill over direct low heat. These could also be made on a gas grill over indirect heat and finished over the flame to crisp up the bacon.
Ingredients
Instructions
Notes
I didn't salt the brussels sprouts, there is enough salt in the bacon to season them.
You could also add BBQ sauce to these the last 5 minutes of cooking.
3.5.3251
Maybe you’d like to try? 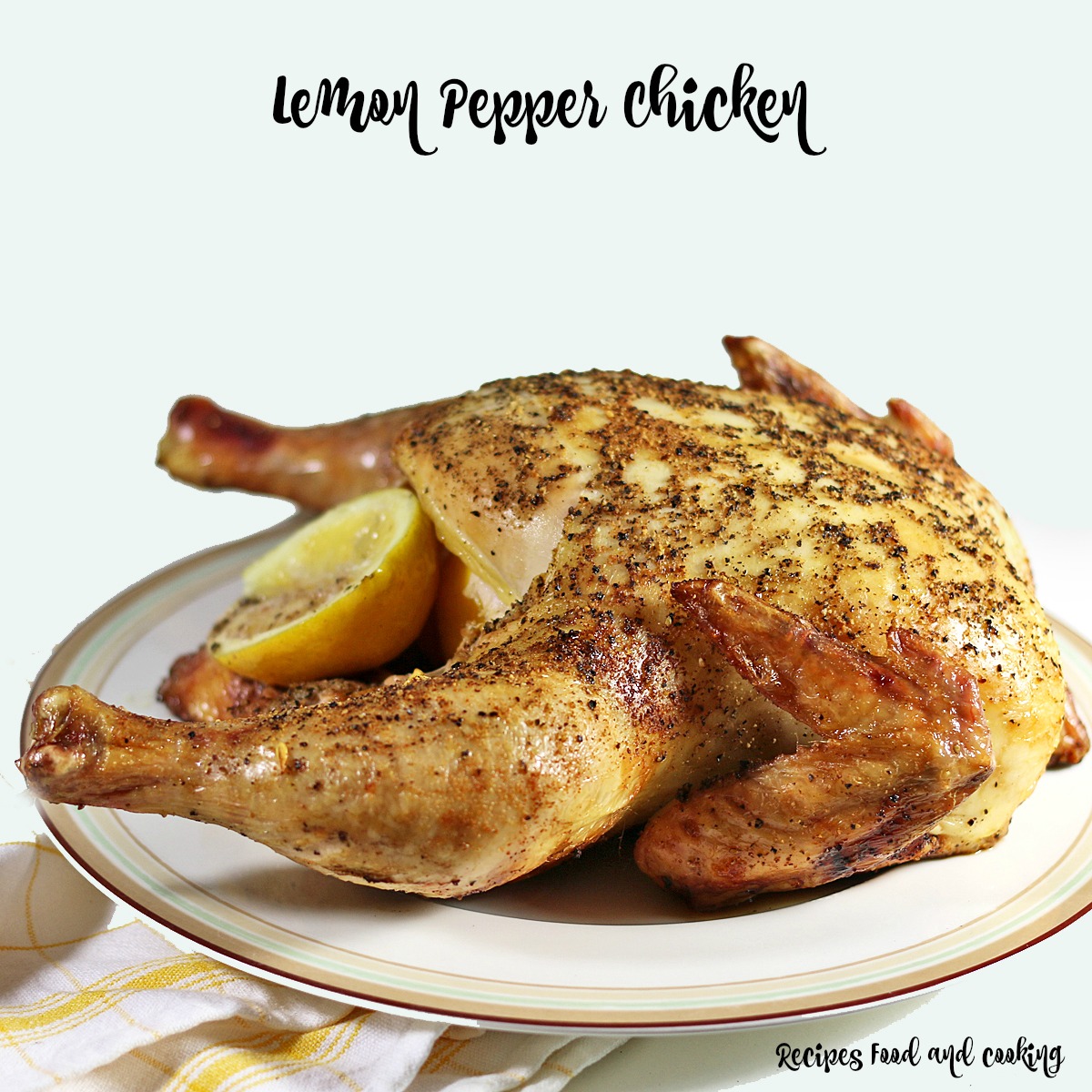 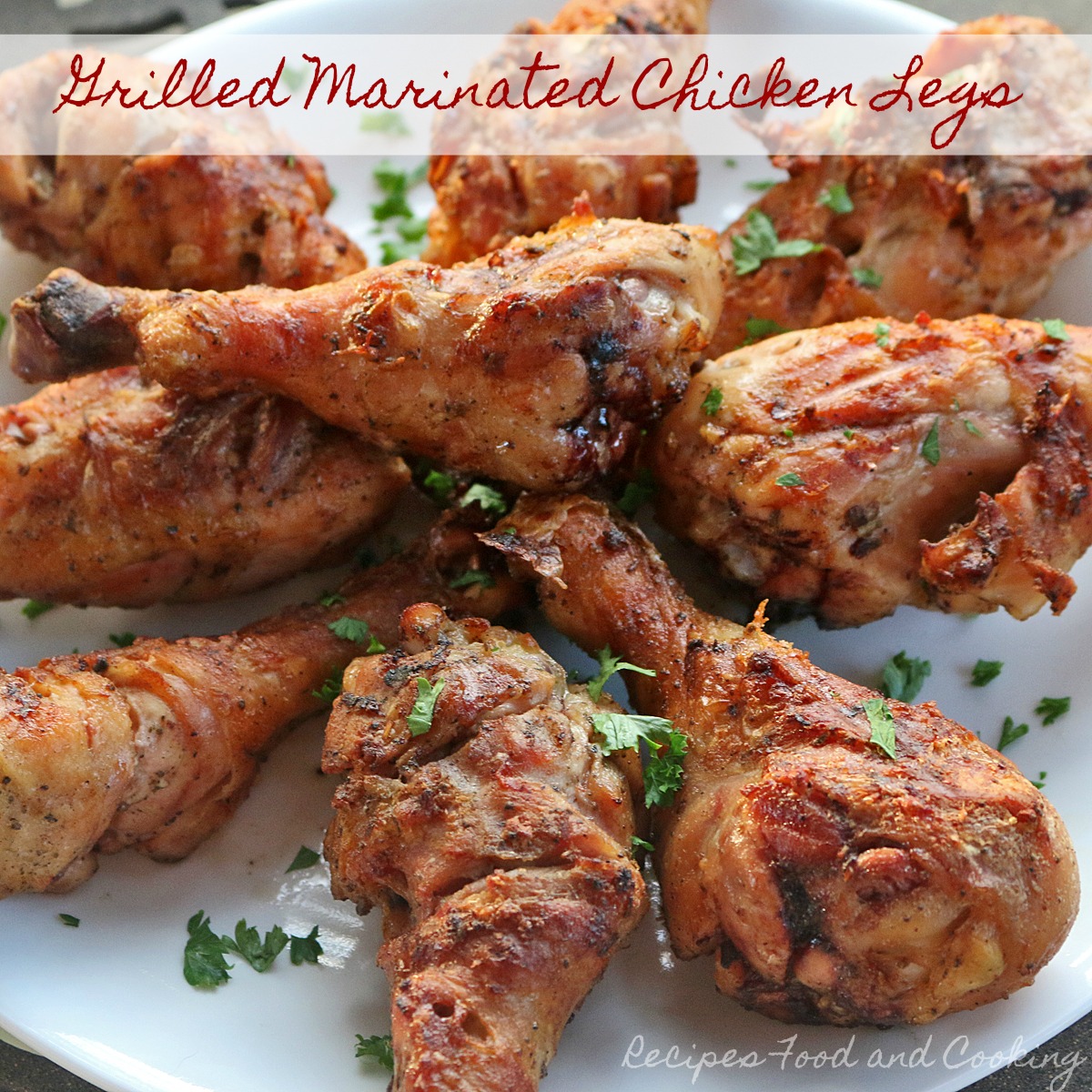 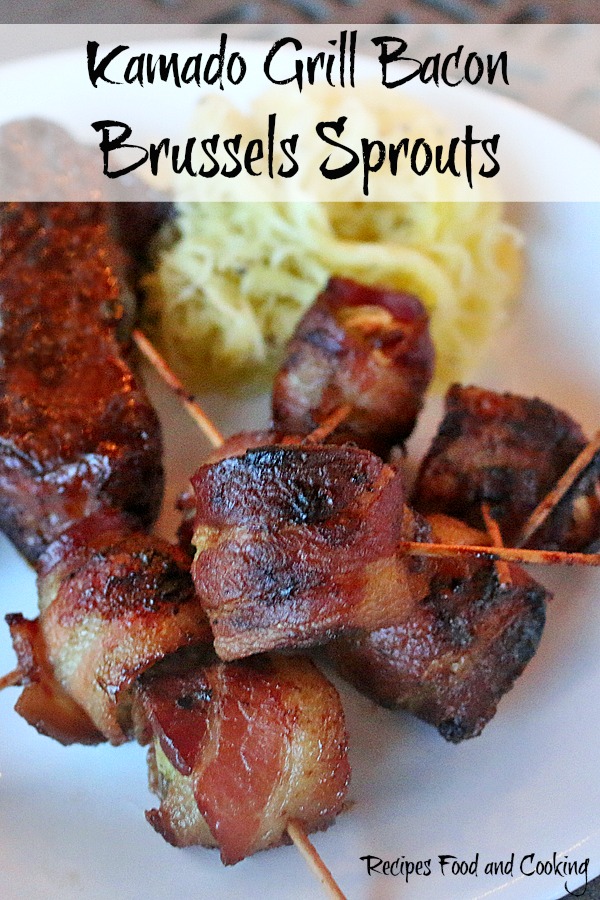