Delicious pumpkin bread with a cinnamon filling and an almond cream cheese frosting. 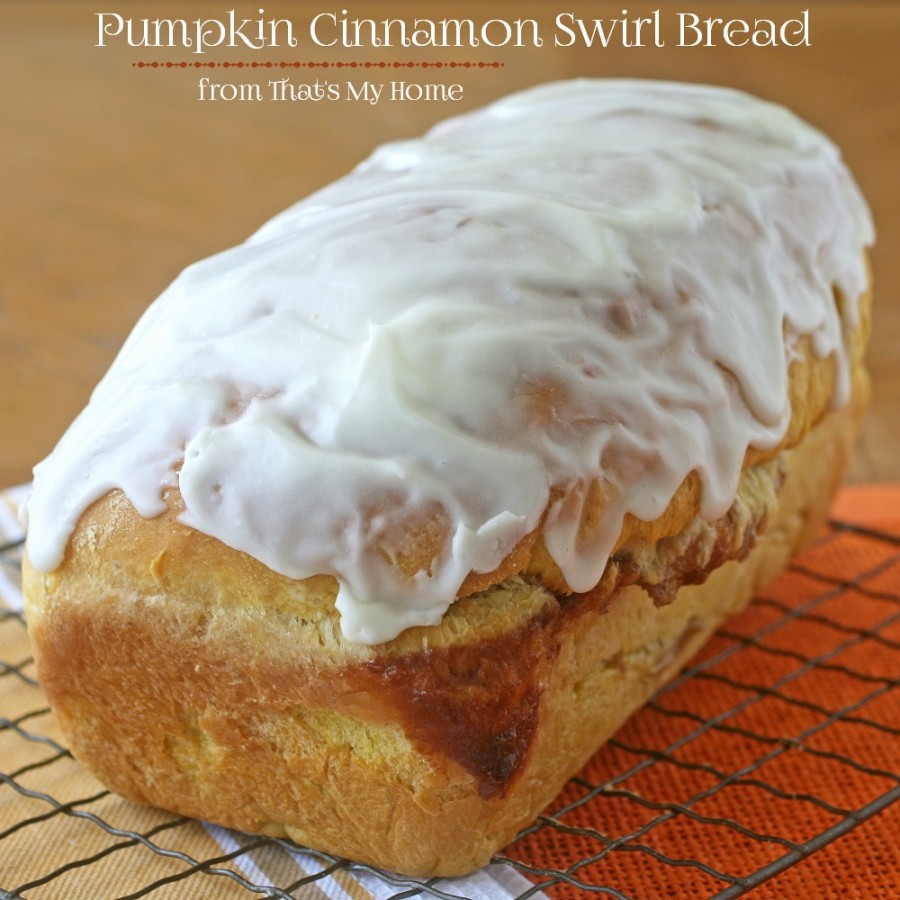 I sure hope everyone had a great Labor Day weekend. I ate over at a friends house and we had mango salsa on hot dogs and it was amazing! I was a little dubious at first at a fruit topping on a hot dog but by gosh it works! I’ll share that recipe with you one day this week. It may just be may favorite new way to eat a hot dog. We also had a new cocktail that was really good made with hibiscus tea and tequila that was excellent.

This is the same basic bread recipe I used last fall when I made Pumpkin Cinnamon Rolls. I thought over the weekend what good toast this would make if I made it into bread and I wasn’t wrong. It is so delicious! I might be a little biased as I love anything with cinnamon in it. It has an almond cream cheese frosting on top that is good enough to eat without the bread! 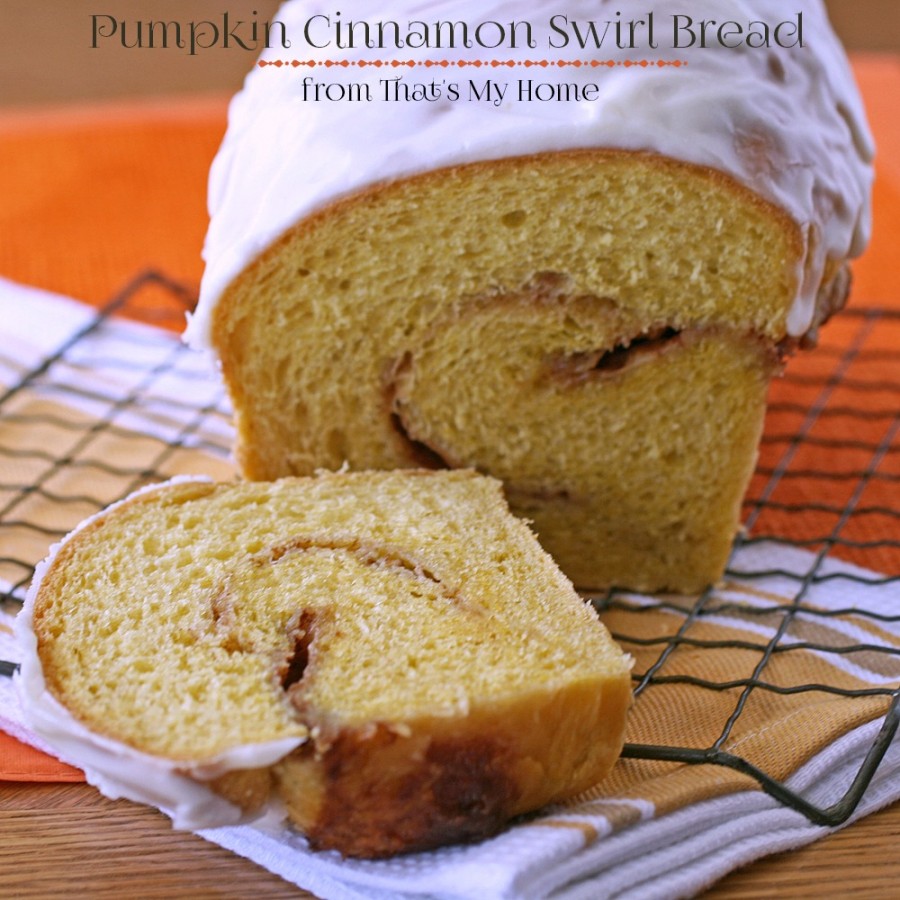 This recipe made 2 big loaves of bread. The rolls were a little longer than what would fit in the pan so I just cut off the ends and sealed them well before putting the dough in the pans. I had 3 pieces that I cut off and baked them as cinnamon rolls.

If you want to make Pumpkin Cinnamon Rolls the recipe is here. 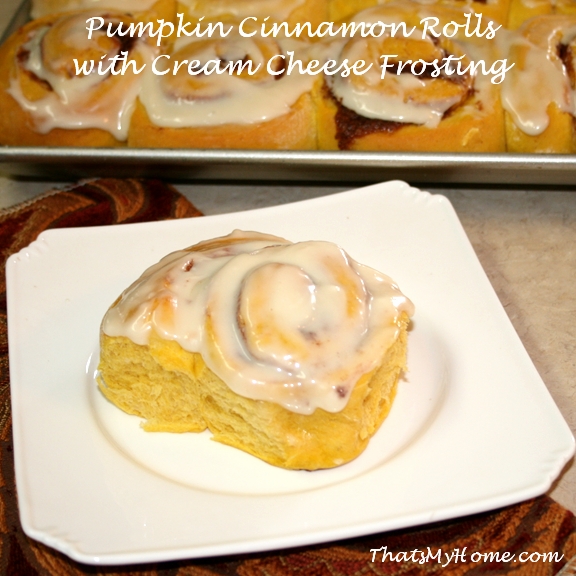