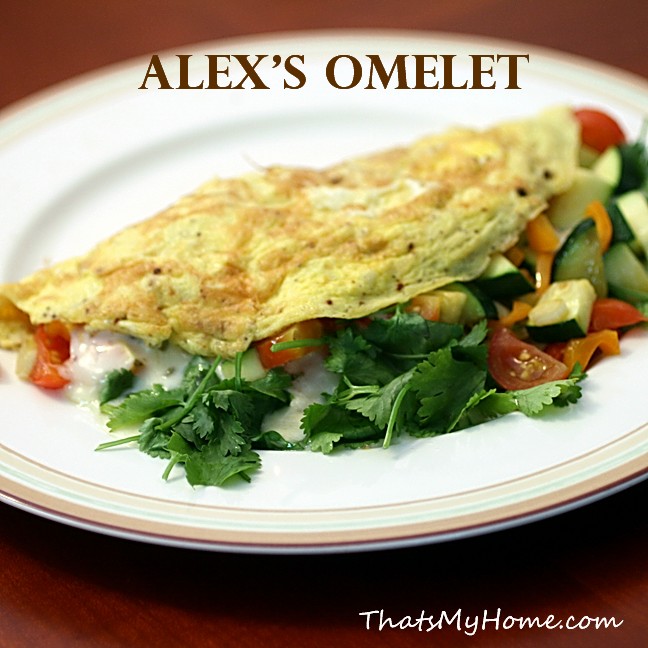 I made this omelet full of vegetables for Alex when he and Brenda came for the weekend. This is a three egg omelet and is mixed with water instead of cream or milk. Why? It’s a trick I learned from a CIA chef I used to work for. It will make your omelets lighter with the water. He even used a milk shake machine to mix it but I do it in a bowl with a wire whip and it works well.

Another tip for you is to have your omelet pan hot before you add the oil to it. As soon as you swirl the oil around the pan, add the eggs. Cook over medium heat.

Have you ever tried flipping your omelets in a pan? I can tell you when I learned I flipped many an egg over a trash can before I learned that wrist action. I saw the other day someone said to try flipping a square piece of bread. I haven’t tried it yet but I see no reason why it wouldn’t work and save a few eggs in the process. The one trick I can tell you is before you go to flip an egg or an omelet is to make sure it moves freely in the pan. I also turn up the heat just before I do it for about 30 seconds. So start flipping!