Swirly Cinnamon Rolls where cinnamon is the star of the recipe is showed off in layers of sweet yeast dough baked and glazed. 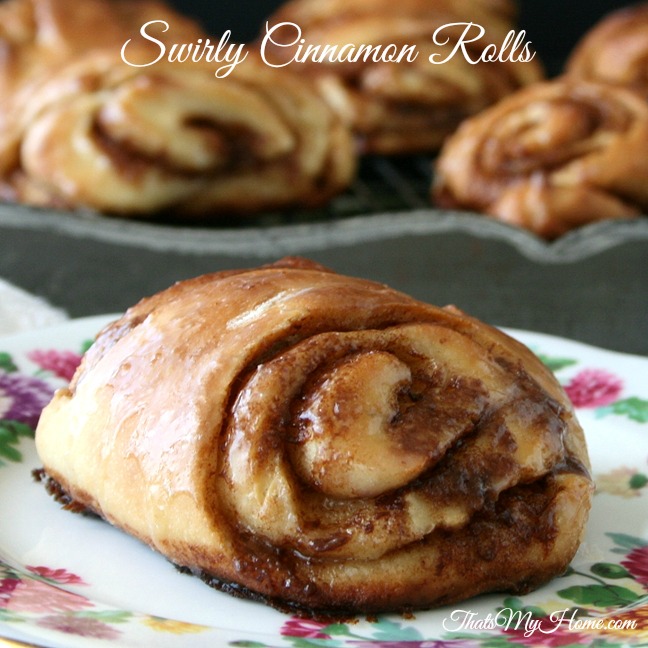 I had the best time making these this morning. I made the dough last night before I went to bed and refrigerated it overnight. As soon as I got up I put the bag of dough in a sunny spot to get the dough to start warming up. Within 30 minutes I was rolling it out and slathering it with cinnamon butter goodness. Roll the dough really thin so you get lots of layers.

I should of taken a picture of the way to cut these. It is kind of hard to describe how to in words. I will see if I can better up here than in the recipe. My dough cylinder was about 20 inches long and about 1 1/2 inches around. Cut a small piece off on an angle, cutting towards your left, second cut towards the right on an angle. Hope this makes sense. The longest side goes down on the greased cookie sheet and the side with the short piece on top goes up. Both sides of the cinnamon swirl should be facing up. I messed up my first one and then immediately understood the process. You will flip flop the cut ever other time. 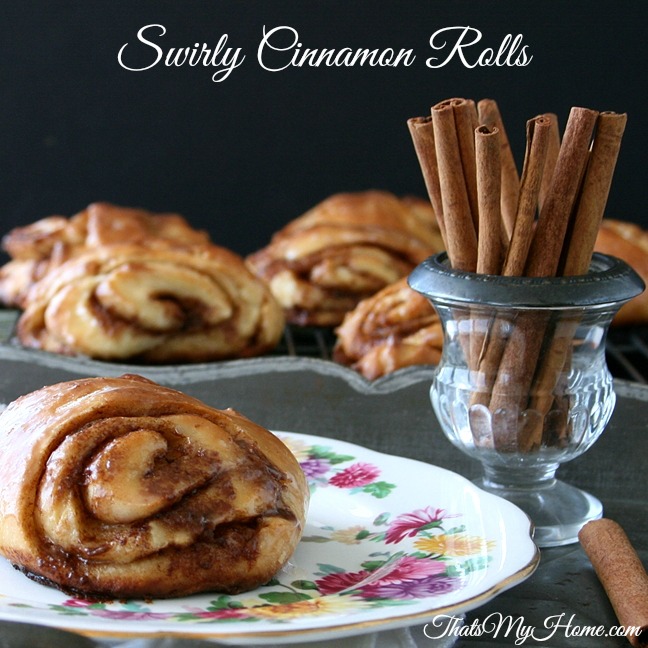