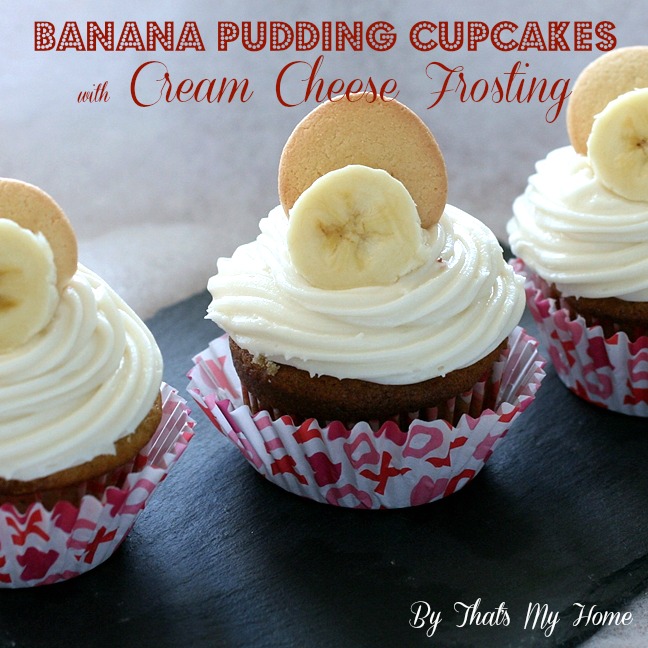 Banana pudding is one of my favorite all time desserts, and here it is in cupcake form. I made banana cupcakes, filled them with a banana pastry cream, banana slices and topped it all with a cream cheese frosting, a vanilla wafer and another slice of banana. That pretty much says it all.

If you are short on time and don’t have the time to make the pastry cream using an instant banana pudding instead of making your own. This is a very good pastry cream recipe here with a mild banana flavor. If I have had thought about it sooner I would of combined the milk, sugar and the banana the night before and brought it to a simmer. Refrigerate until ready to make the cream, I think you would get a stronger banana flavor to the pastry cream.

This pastry cream made the way I did it below reminds me of a banana pudding recipe I have been trying to duplicate for a couple of years from a restaurant I go to. I had a little of the pastry cream left over so tomorrow I am going to see if I finally stumbled onto the secret of that banana pudding. I looked at buying some banana flavoring to add to this and decided not to when I saw the price, $5.29 for artificial flavoring, I don’t think so. This pastry cream gives you another excuse to use those leftover ripe bananas.