Baked apple cider donuts with a hint of cinnamon and nutmeg. All the taste of a donut but without the fat. 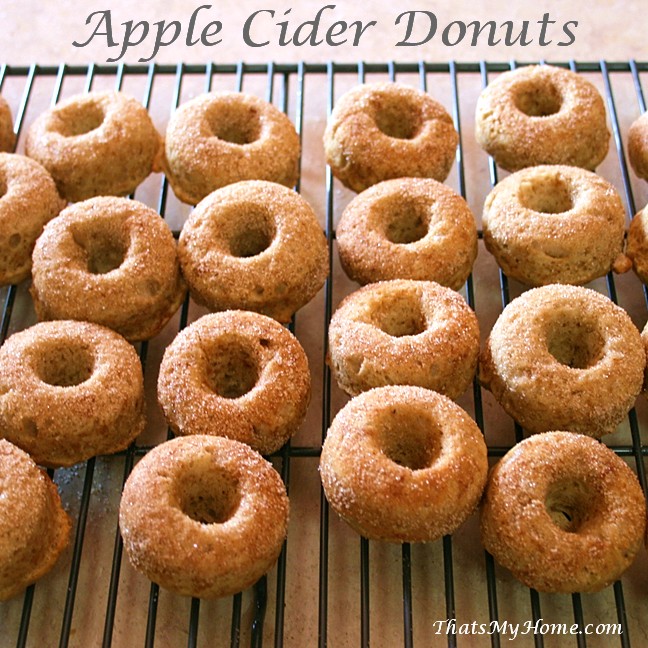 Fall is in the air and I was the lucky recipient of homemade apple cider with a request to try and make some cider apple donuts. It took 2 attempts but came up with a pretty good version of them. After reducing the cider to a syrup and adding a grated apple we were satisfied with the results. I just love being able to bake donuts and avoid all the greasy mess in the kitchen. We dipped ours in a cinnamon sugar mixture but a glaze made with apple cider and powdered sugar would be great also.

Have you seen the new pans for baking donuts with, they come in 2 sizes, a regular size donut pan and a mini donut pan.

I also have a recipe for some baked Gingerbread Muffins that are really good.